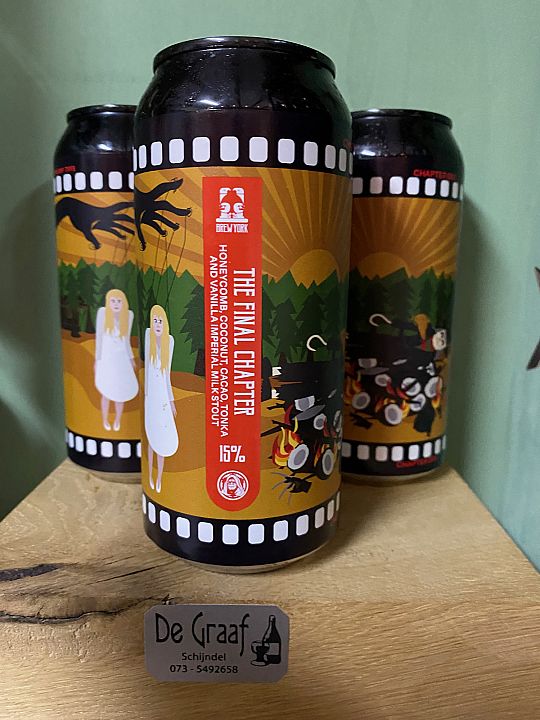 In ‘The Final Chapter’, brewed with highly rated stout legends Emperor’s Brewery, during a climactic clash our heroine has won the battle as the villain’s body burns on a funeral pyre but has she won the war...? The biggest take on Tonkoko yet brewed with a quarter of a tonne of honeycomb for a warming cinder toffeee edge!